FDA CONFERRED WITH A SPECIAL GOLD AWARD IN BUSINESS AND FINANCE

FDA PARTICIPATES IN THE PRE-HARVEST AGRIBUSINESS EXIBITION AND CONFERENCE

TWO MEN ARRESTED FOR POSING AS OFFICERS OF FDA

The Kpone District Police command has effected the arrest of two young men who posed as officers of Food and Drugs Authority (FDA) and visited the premises of Dada Foods and Beverages Limited in Kpone, Tema on Wednesday, 1st July 2020.

The suspects, 29 year old Emmanuel Okine Sowah, and 30 year old Nathan Tei, visited the Tema based food processing company and presented a letter purporting to be from the FDA, with claims that the company's products are not registered and yet are being advertised. This, the letter indicated, was in breach of the FDA guidelines, for which reason sanctions had been imposed on the company. 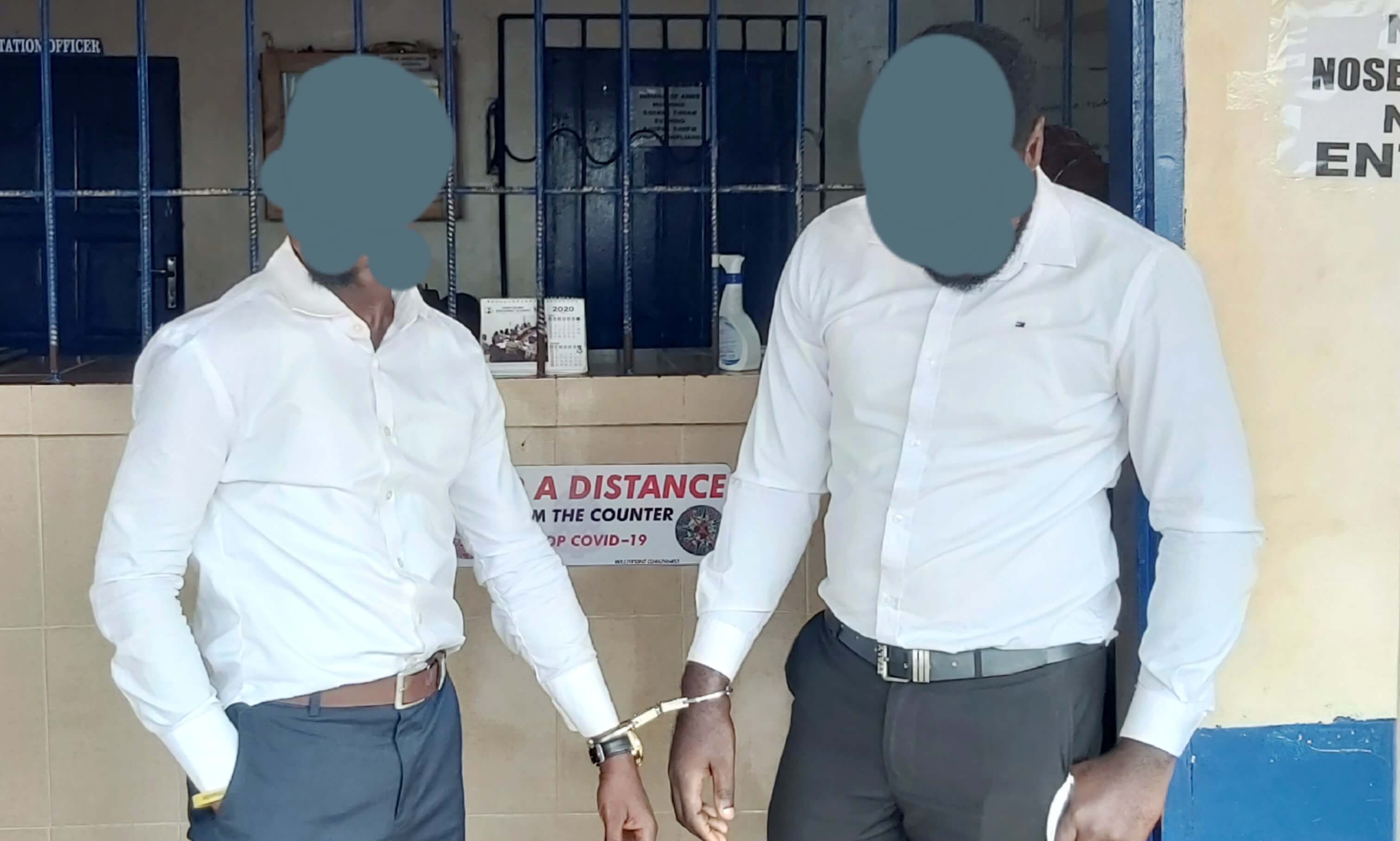 Some officials of the company however became suspicious after scrutinizing the letter, alerted the FDA, who directed them to call in the police to arrest the culprits. The Kpone District Police Command, upon receiving a call from the company, quickly moved in and after initial interrogation, arrested the culprits for further investigation.

Cautioning the general public, the Head of Communications and Public Education at the FDA, Mr James Lartey said that the general public should always insist on a form of identification of authority (i.e. FDA ID cards, authorising letter, etc.) from persons claiming to be staff of FDA before permitting such into their facilities.

He further stated that in instances where there is the need to detain or seize products, a detention form (having the FDA logo) would be issued, on which the detained or seized products would be recorded and signed by both parties after taking stock of the items.

Mr Lartey further reminded the public not to pay any money to any employee of the FDA or anyone purporting to be one, since all payments are to be made at the FDA offices where official receipts would be issued.

He added that a company insider, whose name had been withheld, aided the suspects to carry out the activity adding, "We will pick him up soon".

The FDA exists to protect public health by assuring the safety, efficacy and security of human and veterinary drugs, food, biological products, cosmetics, medical devices, household chemical substances, tobacco and the conduct of clinical trials in the country.